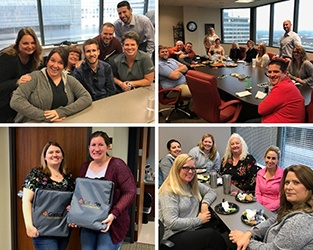 About seven years ago we were putting the finishing touches on a new vision for Gibson. Like everyone else, we were emerging from the fog of the Great Recession. Even before the economic downturn we had misfired on a major multi-year plan. To say we were a little gun-shy about verbalizing some new grandiose plan would be an understatement.

Yet aiming for something that seemed out of reach to most of us was exactly what we needed. It pushed us to be better, to be more. We had a financial target in mind that would have us more than doubling in size over the next decade. From a math standpoint, while not a given, it was certainly achievable. We needed to average about 7 to 8% net growth per year. But after years of economic fear, this goal caused much angst among our management team. We wondered if we could really afford to fail again in the eyes of our employees. To our fragile team, to double in size seemed unthinkable.